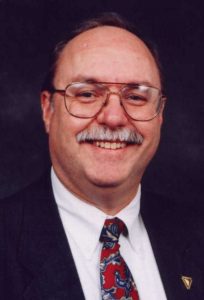 Mr. Hollander is a pioneer in EDP auditing and use of computers for accounting. Ted, as he is known by his friends, holds C.P.A., CISA, CIA, CBA and CFSA certificates and is a skilled developer, user and instructor of computer audit and accounting application software. His career includes vast amounts of experience relating to accounting systems: accounting and auditing, management, sales, and technical data processing. He is highly skilled in the use of hardware and software for many environments ranging from main frames to personal computers. His high level of computer proficiency is rare among businessmen and accounting professionals.

After earning his B.S. degree in Industrial Administration from Iowa State University in 1963 and serving for two years as an officer in the U. S. Army, Mr. Hollander worked for more than five years for Arthur Andersen & Co. as an auditor and consultant. He served in a primary system support role for their AUDEX audit software during its first full year of field use.

From 1971 through 1981 Mr. Hollander focused his attention on main-frame computer based auditing and business systems. First as Auditor for Beverly Bancorporation, Inc., he was among the prominent early users of EDP audit software. As a Vice President of Cullinane Corporation (which grew to become Cullinet Software before being acquired by Computer Associates), Mr. Hollander led the EDP-AUDITOR product team and was a principal author of the "EDP-AUDITOR Library of Routines." Returning to auditing as Auditor for Central National Bank in Chicago, he rebuilt the department to professional stature using computer based procedures. Through EDP AUDIT SERVICE, Mr. Hollander's consulting practice, his activities included counseling, training, software development and system analysis.

Following several months of intensive research and analysis of micro-computer software, hardware and their marketing, Mr. Hollander became an entrepreneur. He formed COMPLUS Inc. in 1982 to help businesses buy and use micro-computer technology in the office, profitably. Mr. Hollander believes that accounting personnel, especially in small businesses, should be among the leading computer users. To respond to that need the business of COMPLUS was refocused in 1989 to provide PROFESSIONAL CONTROLLER services for accounting leadership and which are affordable to small businesses. He continues to be actively engaged in researching new computer product announcements to find improvements which can be put to use before they become obsolete. His broad knowledge and highly developed technical skills stimulate client confidence in spite of rapid technology changes.

Outside of work Mr. Hollander is a leader in professional and community civic associations. His long-term activities include having been an officer of Beverly Improvement Association, a delegate to Beverly Area Planning Association, and Committee Chairman for Boy Scout Troop 608. Mr. Hollander was President of Beverly Ridge Lions Club (1992-93) and President of the Chicago South Chapter of the Illinois CPA Society (1995-96). He participates actively with committees of the Illinois CPA Society, Chicagoland Chamber of Commerce, and Chicago Southland Chamber of Commerce. As a speaker for business and professional groups he advocates more computer, business, and political interests to be shown by CPA's. At home, Mr. Hollander is married (since 1963), and their three grown sons are Eagle Scouts.